File : Painters and Sculpture of busts

I Have stopped for quite a long while, on the latest "Salon d'hiver", in front of the productions of Mr.Dambourgez. There, I have found again, his continuous personal touch which stands out clearly against the " too much and so often already shown". Mostly respected artist, curious of realities, E.Dambourgez has behind him, a significant and well established experience. As soon as 1888, Albert Wolff indicates from him, at the Salon des Artistes Français, "A shop of cheeses", to which he doesexpress many elogious. In 1891, the City of Paris bought from him, a prestigious painting "The cream and cheeses saleswoman at Les Halles". And at the Salon in 1892 his painting "The Fish Market" obtains a very big success.

From 1893, it is noticeable the artist is moving from the naturalist to the impressionnist technic. Then, we can admire from him, through this new way of painting,"Les Gitanes de Grenade", les "vues de Tanger", so much appreciated by Ch. Yriarde.
"la Côte d'Azur", "Venise""Bruges" and ,"les Nostalgies Hollandaises", which clearly express this transformation, then after 1898, it is hopeless that the amateurs of Arts, investigate for any further production!!
For personnal reasons, Dambourgez does no longer participate in official exhibitions and salons. At the Salon d'Hiver, we highly appreciated ,"la Taverne Pousset sur les Grands Boulevards", dated of 20 years ago,which is a replica of a canvas from the 1898 exhibition, A Carnival in Venice.

The "Old houses of Bruges", and a "Channel at Dordrecht" (bought by the City of Paris in 1921), this production has demonstrated that Dambourgez continues to behave as "the painter to the strong way". His quality of painting is free of any restraint, and his strong colors reinforce his establishment. With an equal success and happiness, he expresses as well, the pure atmospheres of Venice, as the foggy Flandres horizons , and through his "oeuvre" is revealed an impression of real art and proximity, which is too scarecely shown to day... 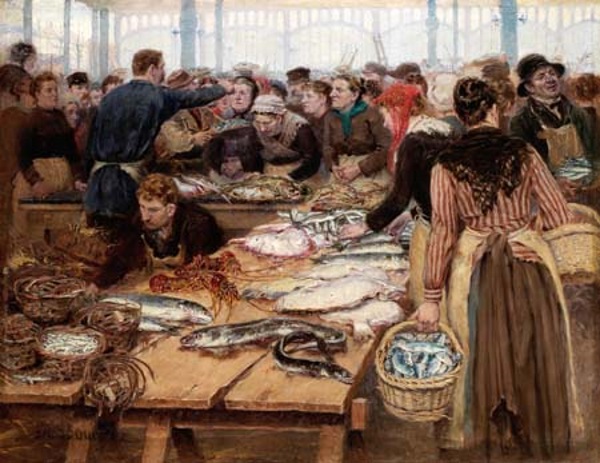 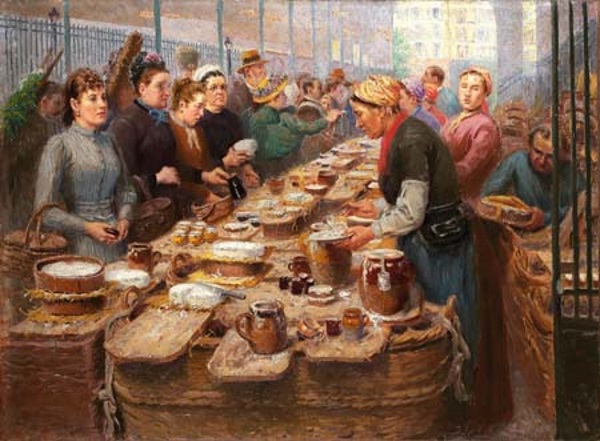 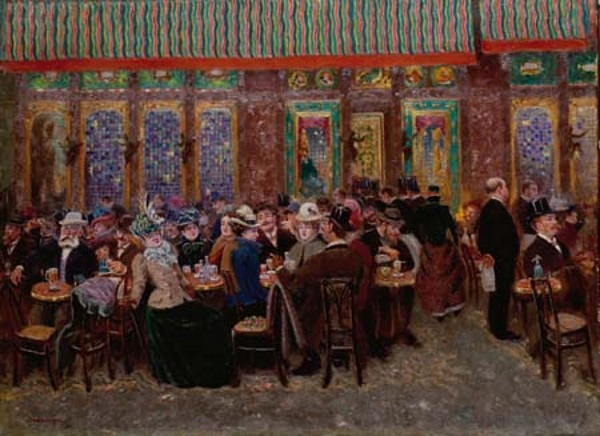